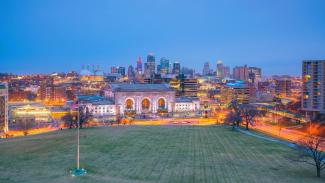 Can You Enjoy Retirement Freedom in Kansas City on a Million Dollars? Check Out Dan Danford’s Surprising Answer

In a recent Kansas City Business Journal article titled “How far will $1M in retirement savings get you in KC?,” the Midwestern city’s placement for retirement affordability was discussed at various levels. As Dan Danford, Family Investment Center Founder/CEO points out in his response to this study, it’s pretty easy for most people to look around and see that some places are more affordable than others.

What’s trickier, says Dan, is predicting where a certain city will fall in this continuum in the next 30 years. (Example: Places like Detroit and San Francisco have experienced major events that impacted their affordability in big ways).

Read on for more of Dan’s insights on one million dollars in KC:

The article uses the cost of a variety of senior living expenses, inflates them over time and then compares them to a hypothetical $1 million portfolio. This portfolio is estimated to grow at a “real” rate of two percent each year, or the actual rate of inflation plus two percent growth.

In this model, the cost of future health care is inflated by a different factor than the one applied to the cost of housing, but this reflects the history of inflation in that category. It is a commonly accepted way to estimate for future living costs.

In fact, this method is likely wrong. The measure for each city runs a bracket of twenty-something years to thirty-something years. Even if the logic is solid, these models will collapse by 2044-54. It’s all but impossible to estimate the inflation factor for health care, housing, groceries or recreation in the future. It’s also impossible to know how any city will fare in the future in terms of cost of living. If the study had been done 30 years ago, it would not have been possible to predict events currently affecting Detroit or San Francisco.

Finally, the study arrived at the investment return rate using the following methodology: “We assumed the $1 million would grow at a real return (interest minus inflation) of two percent, reflecting the typical return on a conservative investment portfolio.”

Typical return on a conservative investment portfolio? Seriously? Many, maybe most, Americans like bank certificates or Treasury securities for their portfolios and neither of those tend to keep pace with inflation over time. In other words, the inflation rate used for this study (and the measure it produces) is pretty contrary to the American experience.

In summary, the inflation rates used to project costs are suspect. The investment return rates are atypical. The cities themselves are expected to maintain the same cost structures going forward. In other words, the three prime estimates used to produce this scale are flawed in every way, and the measure virtually useless.

And here’s the big takeaway: Be careful not to let media headlines become a roadblock on your journey to serious freedom. (Instead, enjoy some confidence. Your team at Family Investment Center is with you every step of the way).