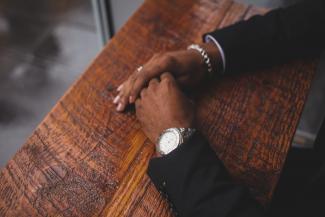 Don’t Stop Working at 65, Because the Best Is Yet to Come

Age 65 is a milestone year for most people — it’s the age at which they see themselves ceasing the career and entering into retirement. But is it really a good idea to stop working then? Dan Danford, founder and CEO of Family Investment Center, discusses the topic in his latest “Money Is Freedom” podcast available here.

Danford makes the argument that at 65, if workers are fulfilled in their career, they can stick with and follow through with their life’s mission, perhaps even fulfilling yet unknown purposes.

“What we see is that people who love their work,” Danford said, “are fulfilled by their work — they want to keep working … simply because you reach an age on the calendar doesn’t mean you’re no longer important or relevant.”

Danford offers an example in a financial advisor who lost her husband to cancer when they were both 60. Working through her grief, she met other women like her, but who needed financial advice. She went on to find a new career, traveling all over the country talking to women about how to handle their finances.

“It became a mission in her life,” Danford said.

Furthermore, Danford notes that by the time workers hit 65, they’re usually at their peak earning years, which is another reason to keep at it.

“Think of how much money that is that you don’t have to walk away from,” Danford said. “I always say, first of all what is it you’re going to do on the other side that is more meaningful to you than your career? If the answer to that is ‘I don’t know,’ maybe staying on another year making another $100,000 is worth doing.”

Danford also discusses the creative ideas that people get as they near retirement. From playing guitar to spending more time behind an easel painting, blossoming as an artist at age 65 to 70 requires the funds.

“You have to fund that some way,” Danford said. “The chances of you making enough money in retirement by selling your art or playing guitar is slim.”

While there is meaning and purpose in art, Danford advises that people who can still work, even if it’s part-time, by easing in to more artistic projects while having the money to pay bills is a better road to take.

Listen to additional “Money is Freedom” podcasts on Soundcloud and iTunes.