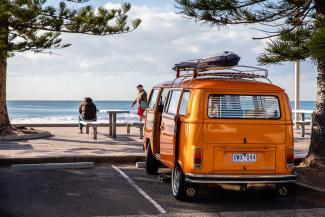 A recent Kansas City Business Journal article titled “How Far Will $1M in Retirement Savings Get You in KC?” opens some ground for interesting conversation, particularly with those who are on a journey to find serious freedom and don’t want to encounter any roadblocks along the way. Family Investment Center CEO and Founder Dan Danford shares some thoughts on the topic.

The article, which covers a study by SmartAsset, explores the Missouri cities in which a million dollars will last longest. They found that $1 million would last 25.52 years in Kansas City. Joplin came in first at 27.73 years, and St. Louis was ranked third at 26.11 years.

Danford said the study is interesting because it makes comparisons based on a standard measure and takes the cost of various senior living expenses today, inflates them over time, and spends them against a hypothetical $1 million portfolio.

He also said the study inflates each senior living cost by a historical inflation factor for that industry. So, the cost of future health care is inflated by one factor and the cost of housing by another. Each of these reflects the history of inflation in that category, and it’s actually a common way to estimate.

“That doesn’t mean it is right,” Danford noted. “In fact, it is almost certainly wrong. The measure produced here for each city runs from twenty-something years to thirty-something years. No matter how thoughtful the methodology, those numbers will crumble by 2044 to 2054. No one knows or can guess the inflation factor for health care, housing, groceries, or recreation over the next 30 years!”

Furthermore, the fate of these cities into the future is unknown, cost-of-living-wise.

“How many times have you heard someone say, ‘it used to be reasonable to live here, but the costs keep going up and up,’” Danford said, adding that San Francisco is a good example: a study completed 30 years ago wouldn’t have taken into account the massive spike in the cost of living that the residents of that city have experienced.

Danford said the way the authors arrived at their investment return rate assumes the $1 million would grow at a real return (interest minus inflation) of 2%, reflecting the typical return on a conservative investment portfolio. However, he disagrees with the logic.

“Many, maybe most, Americans like bank certificates or Treasury securities for their portfolios and neither of those tend to keep pace with inflation over time. In other words, the inflation rate used for this study and the measure it produces is pretty contrary to the American experience,” says Danford.

Our team at Family Investment Center has been quoted for our unconventional and jargon-free approach in major media sources across the nation – but our favorite conversations remain centered around you and your success. Contact us and let’s talk about real numbers in your journey to serious freedom.