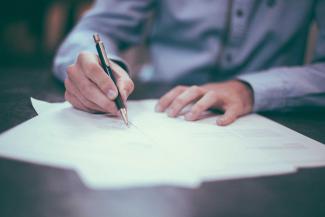 How Does Changing Careers Later In Life Affect Planning for Retirement?

Flashback for a moment. The Great Recession during the early 2000s was life-changing for many members of the workforce. Nearly 8.7 million people lost their job over that roughly three-year period and had to make several new transitions. Enrollment at four-year universities, community colleges and technical schools spiked as people prepared themselves for a career switch. That means their planning for retirement also changed.

The good news? It doesn’t take a dramatic recession to put you in a situation where you change your career. It’s estimated that each person will have at least a dozen jobs during their working life and some of those jobs are in completely different industries. What if you change careers when you are older? How will planning for retirement be impacted if you switch careers later in life?

Making a career change later in life can be a positive experience. In fact, some people just make up their mind a little later in life to go after a dream career after they’ve built up the confidence. Yet there is some trepidation when it comes to planning for retirement after a late-life career change. A Prudential study found that people who changed jobs in the last ten years of being in the workforce felt almost twice as likely that their retirement plan would be negatively impacted, compared to those who didn’t change jobs.

For those switching careers later in life, some feel they’re in catch up mode, which is why many will put more of their investments in vehicles that offer higher returns (along with higher risk). There is also a feeling among this group that they will work longer than they had originally intended to reach their financial goals.

Working with an investment advisor can take some of the stress out of the mix for those who are planning for retirement while switching careers. Step one is to have a vision for what retirement life will look like, which can help you land on a solid number to work toward.

If you’re considering a career change, don’t overlook some of the more obvious opportunities. If your company has a 401(k) plan, most financial advisors will tell you to begin putting as much as possible into it. In 2019, if you’re 50 or older, the government allows you to put an extra $5,500 per year in your 401(k) than your younger counterparts are allowed. Furthermore, you can put an extra $1,000 in your traditional or Roth IRA . This is a great tool for people who are in catch-up mode.

Even if you’re a Baby Boomer, it’s not too late to go after your dream job – and thousands already have. This transition may be easier when you have an investment advisor working beside you. Contact us at Family Investment Center today. Our team offers financial planning, investment management and retirement planning services that make your money make sense for you.